If you have a wildlife management event coming up, or a story you would like to contribute, please email Margo Marchbank, Plane Wild editor via  wordflyer@outlook.com

The countdown is on for the biennial wildlife hazard management workshop to be held 23 and 24 July. The workshop program is finalised and places are limited, so register now.

The  ATSB has released the latest Aviation wildlife strike statistics 2008–17. Occurrences involving aircraft striking wildlife, particularly birds, continue to be the most common aviation occurrence reported. Strikes with birds are a potential safety risk and present a significant economic risk for aerodrome and aircraft operators. Between 2008 and 2017, 16,626 confirmed bird strikes were reported to the ATSB. This has increased in recent years, with 2017 having the highest reported strikes on record with 1,921. 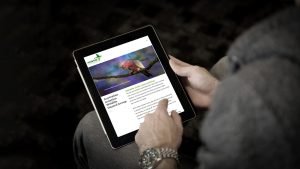 Media release 13 August 2019 New website for www.aawhg.org This week, the Australian Aviation Wildlife Hazard Group (AAWHG) launched its new website. New features include a graphic overview of bird strikes over the past 25 years, statistics on the parts of an aircraft most commonly struck, and at what altitudes and locations these occur. The